What is a presumed father for purposes of an adoption?

A presumed father has the same rights as the mother.

His baby cannot be adopted unless he agrees, or unless he has lost his parental rights.

Important! Even if the father fits one or more of these descriptions, if he has not been involved in the baby’s life for a year or more, the adoption may be able to take place without his permission. 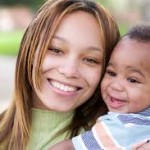