Q&A: What You Need to Know About Teen STD Testing 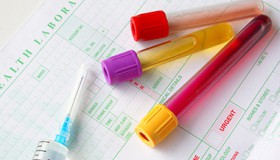 Landon Hudson is a writer for Teen Voices, the global girl news site and mentoring program of Women’s eNews. Landon is a senior at Grand Haven High School and the editor in chief of the school newspaper, The Bucs’ Blade. She is on the Michigan Interscholastic Press Association All-State journalist team. She will pursue her passion for journalism at the University of Michigan while studying communications with an emphasis on journalism. NCYL interviewed Landon about her piece “Cost and Fear Keep These Teens from STD Testing”

1) What made you interested in working on this piece? What drew you into the topic of teen STDs and access to testing?

I think sexual health is a very important topic that is often not addressed enough among teenagers. We take a generic health class at some point in our academic career that hits on a few of the topics associated with your sexual well-being, but most of the lectures revolve around abstinence and the ‘scary’ side effects of having sex. (Editor’s Note: Landon is referring to her experience in Michigan. In California, it’s illegal for schools to teach abstinence-based sex education). I think that’s the wrong way to teach students, personally. You know they will eventually do it, so why not show them how they can be healthy and protect themselves, not just scare them.

Besides pregnancy, there are a lot of diseases and consequences that teenagers need to be aware of and often we don’t know much about them. I thought working on this piece would be a great way to inform teenage girls. I focused on the obstacles teenagers have that prevent them from getting tested or from using protection, but tried to show there are ways around these barriers.

I was curious to see how many teenagers actually did receive testing or took preventive measures. I found that many teens will use condoms or birth control, but they won’t get tested for STDs because they think they are already immune to them. There’s more to take into consideration when having sex besides whether to use a condom.

There should be follow-ups too. I did not think getting tested for STDs was important until I began working on this piece. This piece definitely opened up my eyes to sexually transmitted diseases. There was a lot I didn’t know about them, how they are transmitted, how common they can be, treatment options and why getting an STD test is essential.

3) What about working on the piece challenged your thoughts and assumptions about teen sexual health, sexual education, and STD testing for young people?

I admit I had the assumption before I worked on this piece that STD tests were uncommon and embarrassing to ask for. I couldn’t have been more wrong. I knew many teenagers had sex, but when I found out what percent of them did and what percent of those teens were tested for STDs, I was astonished. There needs to be an increase in the number of sexually active teenagers who are getting tested. Sex is common. STD tests should be too. I also thought that almost every teenager knew the effects of sexual infections, when really there are so many that are don’t have enough information on this topic, despite health class.

What surprised me the most from doing this piece was how few girls were getting tested when they were sexually active. I think many of them have the assumption that STDs won’t happen to them, or that they are invincible to these kind of diseases. Girls aren’t getting tested because they don’t see the need to. Testing needs to be encouraged. Many of them didn’t know much about sexual infections or how common they are amongst teens. Granted, this may be awkward to bring up, especially with parents, but I found that a lot of girls weren’t talking about it with people they’re close to. One of the biggest barriers to getting tested was that feeling of embarrassment; they are scared of that.

5) What do you think still needs to be done to reduce the stigma and fear around STD testing? What strategies can make testing more comfortable or more accessible to teens? Have you seen strategies that work? That don’t work?

Sexually transmitted diseases can be an uncomfortable topic to bring up with family or doctors, but I think it needs to happen more often. Sexual health is important, just like mental or physical health. It needs to be talked about and it needs to be covered more in an in-depth way in schools. It shouldn’t be embarrassing to request an STD test; it’s part of life. Like having your teeth cleaned or getting a flu shot, testing should be on that necessary checklist. High schools should encourage sexual check-ups. STD tests should be offered at annual well-child visits, similar to vaccinations. A huge way to reduce the stigma around STD testing is by talking about it. Eventually, it won’t be uncomfortable if the topic is treated appropriately.

I have found that the girls who talk to their parents openly about their sexual health or ask to get tested are far less scared of STDs. They take preventive steps and they surround themselves with trusted adults who will help them and support them regardless. Addressing STD tests shouldn’t have to be scary. They should be treated as a normal part of life.

6) Having worked on this piece, what are your thoughts or advice for other teens on how to empower themselves to access safe, comfortable, and affordable STD testing?

Of course use protection when having sex, but know that condoms don’t protect against all sexually transmitted infections. Even if you are protected, you should still get tested for STDs.

Be supportive of friends if they come to you wondering whether or not they should get tested. STDs can be a big deal, getting a simple test shouldn’t be. It’s better to be safe than sorry. You should not feel embarrassed about requesting a test; they are more common than they may seem. Getting tested for STDs is a part of growing up and it can help you stay healthy.

Don’t Google any symptoms that you may have! WebMD can be great, but we all know how the results can make whatever you are experiencing seem 10 times worse. It could just freak you out more than it should. Don’t talk to a website. Talk to your doctor, teachers, family or friends. Establish open communication. Even if your parents are against it or get upset, there are clinics available for teens. There are people out there who will help you and make STD testing a lot less scary.

(Looking for a clinic to get information or get tested? Check out our Resources Map to find a clinic close to you.)